At my last self assignment – 20-years-Post-&-Welters – I trained to better create environmental portraits on the boat the aniversary was celebrated on. When the journey started I was introduced by the host of the party as a friend and a photographer. He told his guest that the photographs will be shown on his and on my website. He invited his guests to give a sign when they don´t want to be photographed. Here I will show Portraits of which I am pleased and proud of.

There were a lot of people around and the most of them got used to me photographing them. With some of them I had a talk about themselves beeing photographed. Most of them I spoke to told me that they do not feel comfortable being photographed. I tried to build up a good relationship to them. That were my strategies and messages:
• I don´t like to be photographed too but I am luky to see good pictures I am in.
• I know that there has to be a balance between having a party whithout disturbance and the goal of the host and his guests to have some good photographs to hold their memories.
• There will not be shown any photographs in the gallerey in which they look bad.
• After creating a photograph they can look at the display of my camera and decide whether to delete it.
• They should talk to others and enjoy the party. I will wait for the decive moment when they smile or laugh. I will not press the shutter release when they are eating and drinking.
• They should not pose. It would be the best not to consider me.
• I accuse for using the flashlight because of the very low light within the boat and harsh light outside.

So they could see that I am aware of their situation and could share some values with them. After this conversation most of them agreed in being photographed. They got into a comfort zone because they haven´t had a sence of risc any more. Most of them cooperated, gave us – me and them – a try. There where only some guest I didn´t get a good photograph from. Mostly there was at last a photograph that could be accepted.

Very happy I am with this photograph because the woman told me that there is no chance to get a good portrait of her. I know her for years and could not agree. The problem is not her appearance but her feeling that a photo whith her in will fail. I hope this photograph will tell her another story. 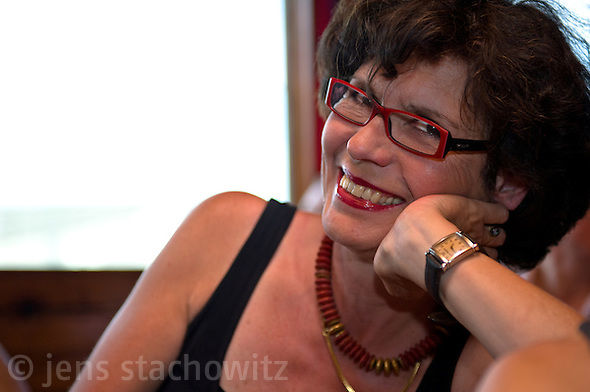 One of the guests told me – supposable some more felt this without articulating it – that the mimic (facial expression) of me hidden behind my heavy dslr-camera with a 70-200mm-lens and a flash mounted on is intimidating. I could agree to this and told him that I own a smaller camera and would have used it when the picture quality would be as good as those from my dslr. He could agree in this argument and got used to me, my camera and me photographing him. Finaly he could give me a little smile when facing my camera. 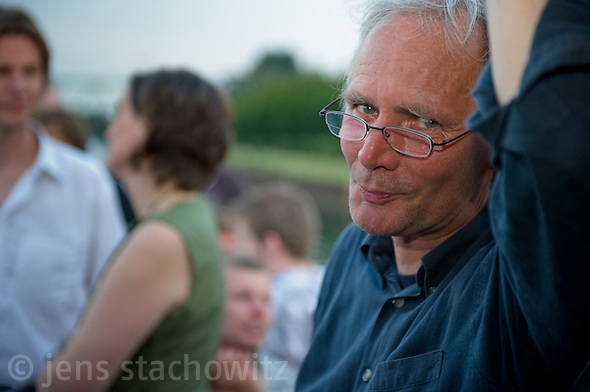 There are some more photographs I am proud of and that needed no effords to develop the acceptance of the subject. 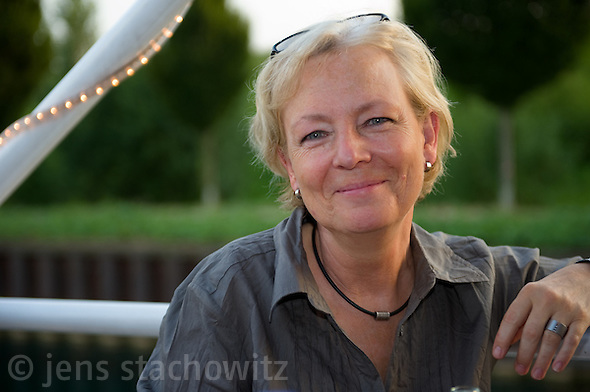 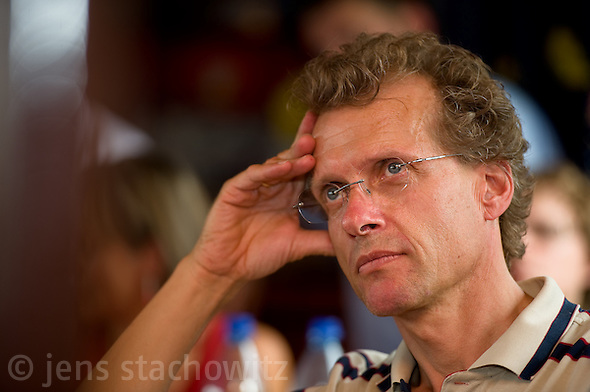 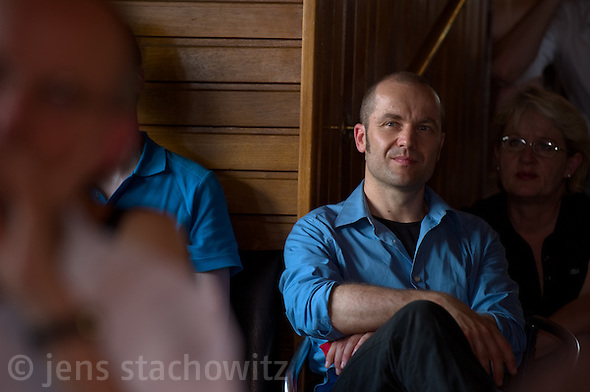 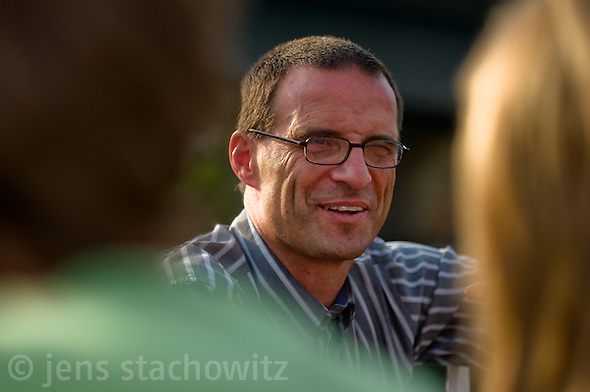 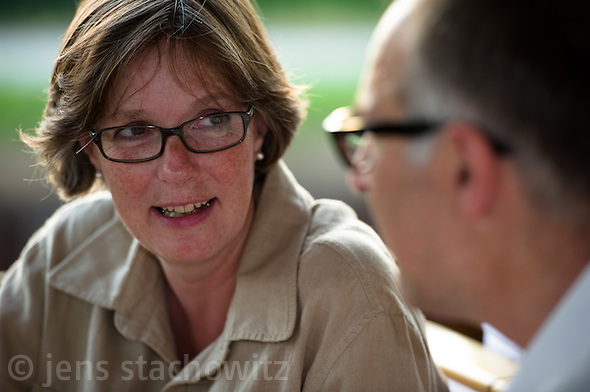